I got up early and decided to take a day trip to keep active, fight off jet lag, and because I had a hankering for a visit to rural New South Wales.

In the end, I made a round trip of 530 km via the Blue Mountains, Lithgow, Bathurst, and Orange, to Mount Canobolas. Spent some time hanging around Bathurst and Orange, both of which are lovely country towns and well worth a visit.

The day started out mostly sunny but as I neared the mountain the rain started. At the summit it became quite windy for a bit and there was a nearby thunderstorm giving a lightning show, which made me question the wisdom of hanging out on top of the tallest mountain for hundreds of miles around. I banked on the radio masts at the peak taking the hit.

A bit about the mountain is below, courtesy of Wikipedia:

"Mount Canobolas, at an elevation of 1,395 metres (4,577 ft) above sea level, is the highest mountain in the central tablelands district of New South Wales, Australia.

The mountain is of volcanic origin. It is located 13 kilometres (8 mi) southwest of the city of Orange, and it is about 250 kilometres (155 mi) west of Sydney.

The northern slopes of the mountain, with fertile volcanic soil, are becoming a popular cold-climate wine producing area." 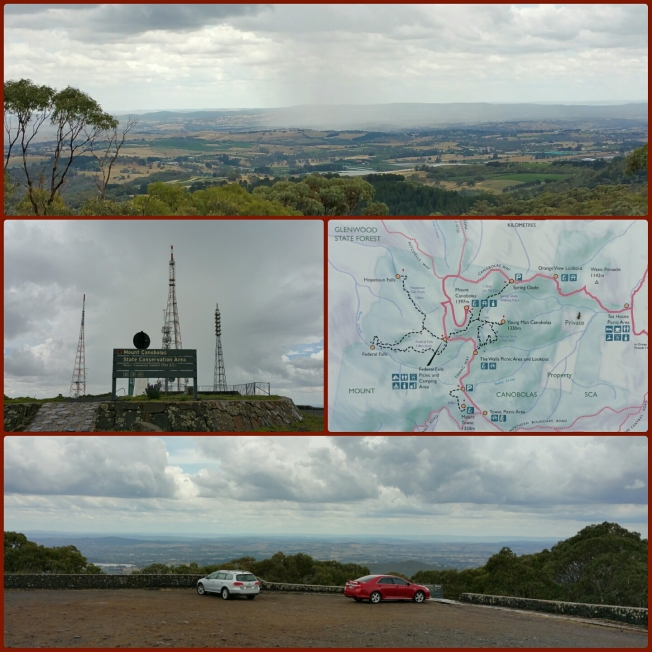 When I Remember to Tag